Posted on December 28, 2017 by lakescommission

The Columbia River Basin is so vast it can be difficult to grasp its extent and significance. It encompasses five U.S. States, one Canadian Province, 15 tribal reservations, and nine homelands of First Nations in Canada.  There are approx 450 dams in Columbia River Basin, including Albeni Falls Dam on the Pend Oreille River, that provide water, hydropower, flood control, and recreational benefit.  All of this is governed by an international treaty with Canada called the Columbia River Treaty.

Signed in 1964, the foundation of the treaty is to manage the Columbia River Basin for hydropower and flood control as if there were no boundaries.  As such, four dams were constructed: three in British Columbia, Canada (Duncan, Mica, Keenlyside) and one in Montana in the U.S. (Libby). The Columbia River Treaty dams more than doubled the amount of reservoir storage in the basin.  Since ratified, our region has developed some the cheapest hydropower in the world and eliminated massive flooding.

The Columbia River Treaty can be terminated by either country after 2024 with 10 years notice (2014). That didn’t happen and since then the U.S. has been working to bring Canada to the table in order to negotiate a “modernized” treaty.  From the U.S. perspective, this means; redefining the Canadian Entitlement, a claim for half of the power produced at U.S. dams and the storage benefit of three Canadian dams, updating language on flood risk-risk mitigation and hydropower generation and adding ecosystem-functions (fisheries were not considered in the original agreement).  The U.S. recommendations drafted in 2013 by the Army Corps of Engineers and the Bonneville Power Administration included four states, 11 federal agencies and 15 Native American tribes and other stakeholders.

Unless it is officially extended, in 2024, the treaty will change its current flood management agreement to what is known as “called upon”  Called upon means there will be no guaranteed flood control from Canada, as there is now, and the U.S. will need to utilize all related U.S. reservoirs that would be effective in controlling flooding on the Columbia River before they ask Canada for storage.

Up until several weeks ago, Canada has shown little interest in negotiating.  However, on December 7, 2017, Canada informed the U.S. State Department that they have their negotiating mandate, have appointed a negotiator – Silvain Fabi and will begin negotiations in 2018.  The U.S also has a negotiator, Jill Smail, who will be visiting Idaho December 20th. We will be posting detailed information on that visit when they have been finalized.

It is difficult to summarize the Columbia River Treaty with all the issues and viewpoints connected to it, so I have attached this link as a basic resource for those wanting further information.  There are, however, numerous resources available on the subject. 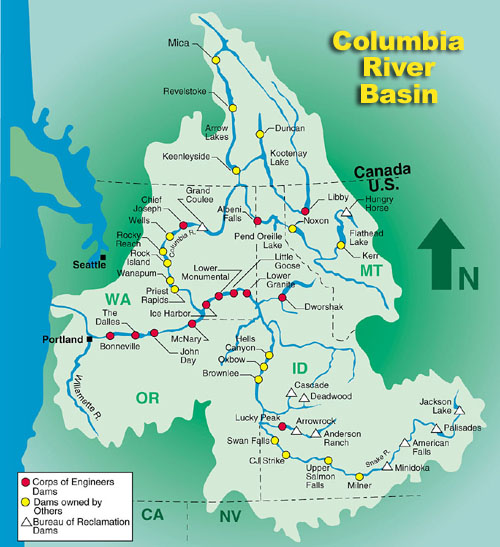